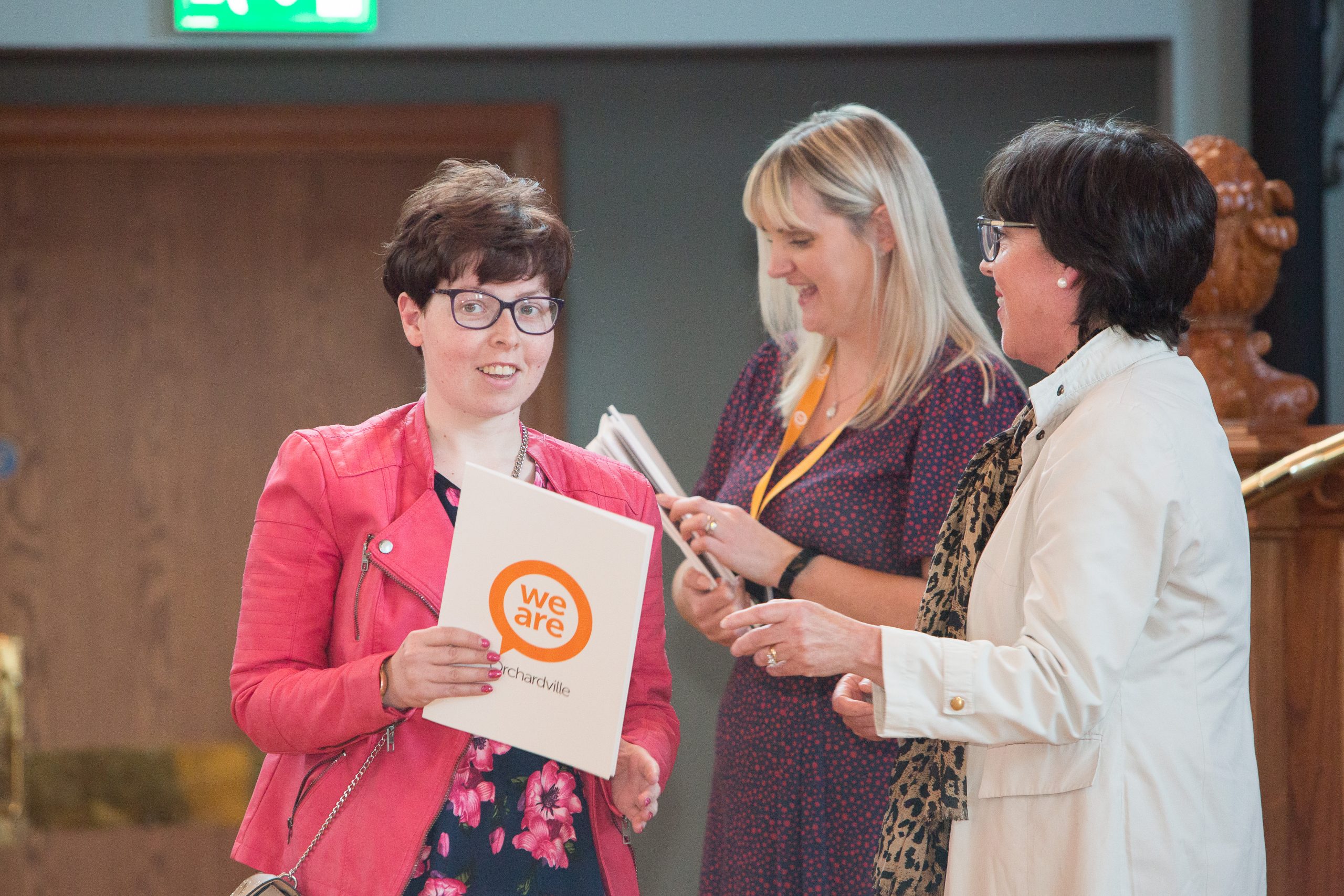 Orchardville’s 25th Annual Awards Ceremony was held on 11th May at Titanic Belfast, with the achievements of over 170 project participants recognised.

Speaking at the event Joan McGinn, Chief Executive, said “we are delighted to back, in person, in the fabulous Titanic suite to celebrate the achievements of all our participants with learning disability or autism, particularly so in this the 40th anniversary of Orchardville. The annual awards ceremony provides an opportunity for participants, their families, employers, Orchardville staff and the wider community to come together to celebrate success. I would like to congratulate everyone involved on their commitment, hard work and tenacity.”

Orchardville, established in 1982 works to help people with learning disability or autism to live, learn and work, supporting participants to gain qualifications and essential life and work skills and supports them to move into jobs with a future.

There were three main awards at the event:-

The Joanna Tuffy Endeavour Award recognises an Orchardville participant who has shown true endeavour throughout the year. The 2022 award was won by Matthew Creighton from Lisburn. Rachael Stewart, Lisburn Community Manager said, “Every day is a challenge for Matthew, he even fears when we go out into the community, however with the encouragement of his father and the support of staff, Matthew is now confident in even just the little things like going to the shop. We are currently working with Matthew to support him to trial a role as a cleaner – a fabulous achievement for a young man who, before joining Orchardville, needed 2 staff always monitoring him.  We are thrilled to see him grow in confidence and independence”.

The Open College Network (NI) Orchardville Ambassador Award, recognises those that have guided other participants. Andrew Hornsby was the winner of the accolade. His employment officer Aisling Curtis was delighted to see Andrew win and said “Andrew secured a temporary paid job in Tesco over Christmas which was his first ever paid job. Andrew then secured an administration role in idverde in October which was his dream job. Andrew has immersed himself into the role and is progressing very well. Andrew also loves the theatre and we applied for a casual contract at The MAC for a theatre host. Andrew started this job in December and loves it.  Both of Andrews employers have been extremely supportive attending employer focus groups and fundraising opportunities”

This year’s new award, The Natasha Reaney Catering & Hospitality Award, acknowledges a participant who has excellent customer service skills and who has shown progression in a catering setting. The 2022 winner was Stephen Savage, part of the Orchard Café Team. Emma Stevenson, a mentor at Orchard Café said,” Stephen loves getting involved in everything from kitchen to front of house. He started doing food prep and making food on his own and even getting involved out front which is a big thing for Stephen. I’m incredibly proud of Stephen and how far he has progressed – I couldn’t think of a more deserving winner”.

The Orchardville Awards Ceremony 2022 was sponsored by Spirit Aerosystems and hosted by Titanic Belfast.

The inspirational guest speaker at this year’s awards was James Martin. James who has Downes Syndrome is an Orchardville participant and renowned actor, having stared in the ITV drama Marcella and the BBC drama Ups and Downs

In a Q&A session, James shared his experience of employment holding down 2 jobs in Starbucks and Scalini’s as well as his acting career. James has proved that you can be a successful actor despite having a disability and he is determined not to let his condition hold him back.

Back to all articles 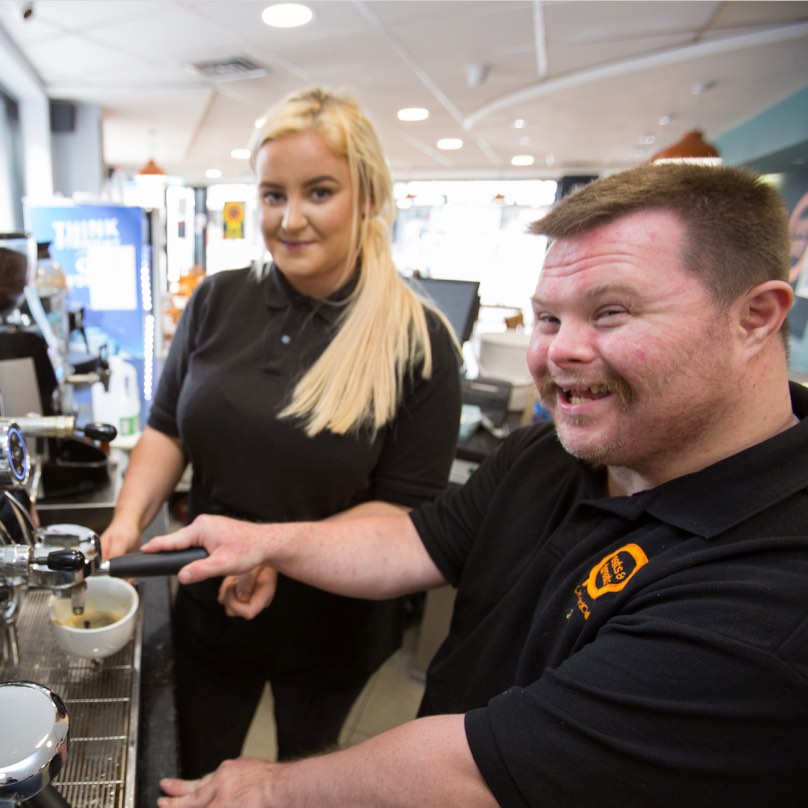 If you'd like updates on what the Orchardville team and participants have been taking part in, enter your email address and signup for our Newsletter.